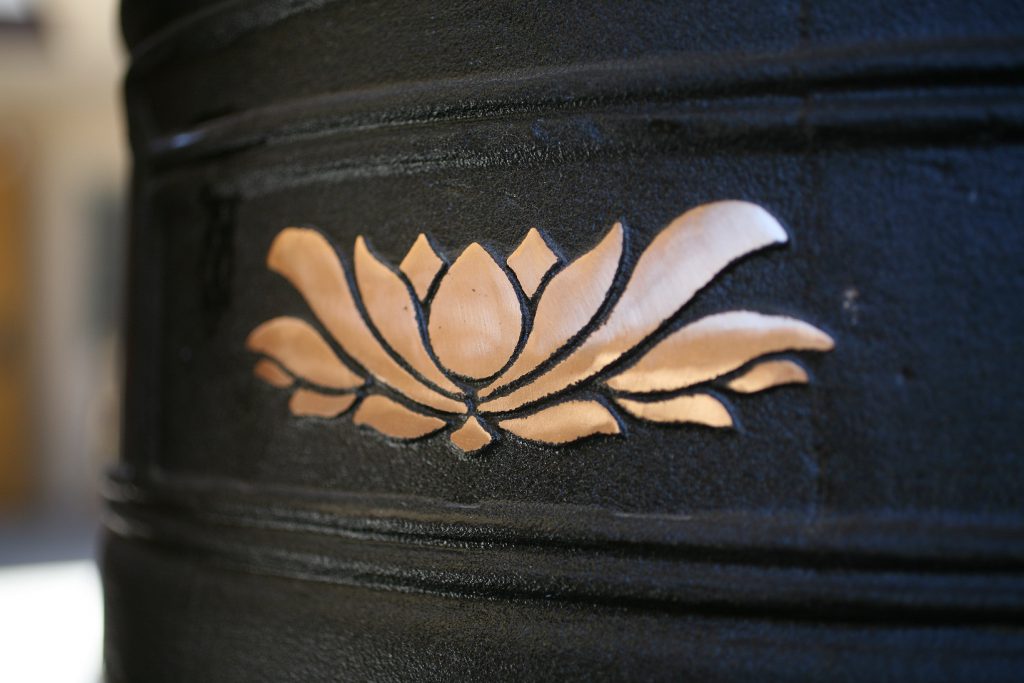 Monk’s Question #1: “What is Dao and how can it be cultivated; why does attainment require cultivation; and why is the Dao beyond effort and practice?”

Master’s Answer:
“The Dao is free of obstruction. Cultivation simply means to awaken from the state of delusion. Though Dao is originally perfect and complete, delusion gives rise to vexation. Therefore, the complete eradication of delusion is what is called ‘attainment.’”

Monk’s Question #2:
“If Dao is attained through cultivation, then it is unreal as with all worldly phenomena, illusory and unsubstantiated, created but impermanent. So how can it transcend this world?”

Master’s Answer:
“All that is created is karma, as are all phenomena of the illusory world. However, cultivation of Dao is not of created nature, therefore leads to the true transcendence of the illusory phenomenal world.”

Monk’s Question #3:
“In regard to enlightenment to the Dao, is it sudden or gradual? If it is gradual, then since whatever came before is forgotten and whatever comes after is lost, how can everything become one? On the other hand, if enlightenment is sudden, how can the myriad of practices and teachings be perfected and completed in a single moment?”

Master’s Answer:
“Realization of the Truth is only sudden, but the eradication of vexation and delusion is always gradual. Sudden realization is like giving birth; the infant is born with all the appropriate limbs and organs. However, gradual cultivation is like nurturing the infant; only after many years will the infant mature into an adult.”

Master’s Answer:
“It is like the nature of water. When water is frozen in a lake it is recognized as ice; when exposed to the heat of the sun, it is recognized as flowing liquid water. Upon enlightenment, what is real becomes evident, which reflects the power and efficacy of Mind cultivation and practice. Therefore, only when the ice melts can water flow freely and actualize the result of cultivation. So it is with the effects of mind cultivation—only through such a transformation process can true reality and awareness manifest. When delusion is completely eradicated, nothing is beyond the awareness of the Mind—it is the beginning of manifesting the Wisdom Light. Besides the cultivation of Mind, there is no other practice.”

Monk’s Question #5:
“If it is true that cultivating the Mind leads to Buddhahood, why is it taught in many scriptures that practitioners should cultivate to manifest the magnificence of the Buddha Realm, and teach and liberate all sentient beings, thus attaining Buddhahood?”

Master’s Answer:
“The mirror is clear yet each of its myriad of reflections differ. When the Mind is purified, miraculous wonders manifest. The reflections are the magnificence of the Buddha Realm, and the miracles represent the Dharma teachings to all sentient beings. However, magnificence is not magnificence, and reflections are both form and formless.”

Master’s Answer:
“The Buddha is beyond form, time, and space. In truth, there are no such distinctions as birth and death. Those who experience the illusion of birth and death do so as a consequence of the karmic conditions. When the karmic conditions for spreading the truth ripened, the Buddha awakened under theBodhi Tree. Later, when the karmic conditions for Buddha to give teaching were exhausted, the Buddha entered Nirvana in Kusinara, India. As with a clear and placid body of water, there are no images or phenomena that a Mind devoid of discriminating thoughts cannot manifest! An image is not an existing self, simply the coming and going of conditions; an image is not even the Buddha’s body, how can it be the arising and passing away of the Tathagata ?

Monk’s Question #8:
“Why is it said that, “I shall be born in the same way the Buddha’s manifestation was born?” Since Buddha no longer goes through reincarnation, what does the word ‘born’ mean? Also, if we say, “As the Mind is born, phenomenon is born; as the Mind dissolves, phenomena dissolves.” How then can one attain the so-called, ‘Abiding in the Unborn?”

Master’s Answer:
“Since it is called ‘manifestation’, it is emptiness. Emptiness is the Eternal Unborn, so how is that a contradiction? Once birth and death are transcended, Nirvana is the only Truth. To recognize and abide in this Truth—which is not of a created nature—it is called ‘Abiding in the Unborn.”

Monk’s Question #9:
“All Buddhas attained the Dao and taught its inherent Truth, solely for the purpose of liberating all sentient beings. Since sentient beings incarnate into the six realms of existence, why did the Buddha incarnate as human being? Also, after the Buddha died, he transferred the Dharma to Mahakasyapa. Since then, it has been passed down exclusively by way of Mind-to-Mind transmission; and the Dharma has been maintained through successive generations of patriarchs. Until the Sixth Patriarch, Bodhidharma of China, each successive generation had only one Dharma heir. Since it has been said that all sentient beings shall reach the Bodhisattva Stage of One’s Child , then why was Dharma not taught and spread widely?”

Master’s Answer:
“The sun and moon brilliantly illuminate the heavenly sky in all ten directions, yet the blind are still bound in darkness and cannot see. Though the sun and the moon’s illumination are all-pervasive, ignorance persists due to the obstruction of ignorance. The reason why some sentient beings are liberated and others not, follows the same analogy. The Buddha had neither a preference for human or heavenly states nor any discrimination against the ghost or animal realms. However, due to the ability of human beings to gather and propagate the teaching, we know and can only know of the Buddha that was born among humans. After Buddha’s nirvana, the dharma is passed on to Mahakasyapa and later transmitted from one heir to another who serves as the main holder of the teaching, just as there can only be one king ruling a kingdom. However this does not mean that the number of beings liberated by the teaching is as few as the number indicates.”

Monk’s Question #10:
“Venerable Master, what prompted your spiritual aspiration ? What teaching inspired you to take the monastic vows? How do you practice today? What taste of Dharma had you experienced? What is your attainment now? Do you abide in the Mind or cultivate the Mind? If abiding in the Mind, then it conflicts with cultivation; if you cultivate the Mind, then it disturbs the Mind with thoughts. What is the meaning of “cultivating the Dao?” If you rest the Mind in Samadhi, then how is that different from those with an indifferent mind? May the accomplished master have compassion and explain the Truth and its principle to me?”

Master’s Answer:
“Recognize the awareness of the Four Elements as collapsing illusions; see the Six Dusts as empty displays; realize the Intrinsic Mind as the Buddha Mind; and recognize the innate nature as the nature of phenomena. This is the arousing of the Mind. Knowing the Mind has ‘no abiding’ is the cultivation. To stay aware without abiding is the taste of Dharma. The attachment to phenomena is the generation of thoughts; thus, it is said, ‘As if entering darkness, one becomes blind.’ Now without abiding, there is neither clinging nor contamination; therefore “’…as if one with opened eyes in the light, clearly sees all phenomena.’ So how can this be equated with ‘indifference’? Since there is no abiding, how can one speak of any attainment?”