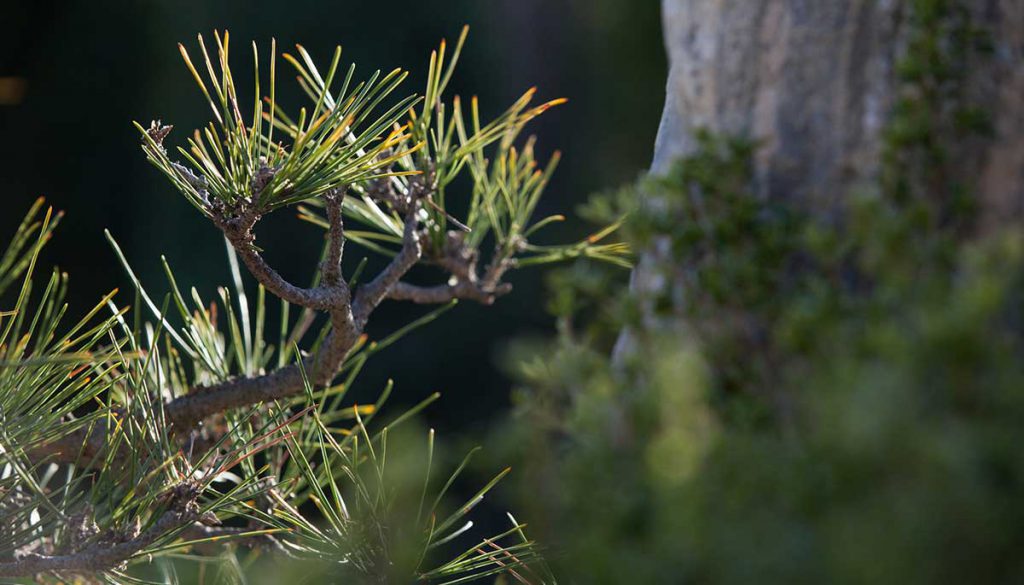 Things in frequent use don’t change easily
Many people commented that my teaching is profound and unique. If that indeed is the case, then why do some of my students behave like they are not really benefiting from my teaching, nor do they practice my teachings in their daily lives? Many seem to have the same issue: they seemed to understood what they hear, but can neither explain it nor apply it in their real life.

Some people were very motivated after attending my lecture and diligently practice – yet they are still easily defeated by challenges. This situation is very similar to a person who learns kung fu deep in the mountain and one day set out to save the world, only to be defeated by the first challenge encountered. The point is that knowing does not equate doing; even when you believe you can, it may still be superficial or pretentious.

New learning often provokes new ideas, but how deep and how frequent are these ideas? Temporary thoughts do not bring forth real change. One could be very touched and inspired by a lecture, but easily forgets all about it once at home.

Ideas are like tools; the old, frequently used ones are our habits, while the newly obtained ones are not yet firmly established in the mind, therefore they don’t do us much good. Even though new learning maybe inspiring, they are still registered in the surface level of our mind. Your deeply ingrained ideas are like the object next to you, easily accessible; those not so deeply within are not as accessible, just like tools stored away at the bottom of the toolbox. Old ideas that we use daily, while very accessible, are hard to change.

A new idea is like a stranger; even though you had a good chat with him and developed a positive feeling, it still take a while before you feel comfortable enough to invite him home. Therefore the key of learning is to transform a new idea into an applicable conviction. One normally takes for granted what habitually and naturally goes on in one’s life and does not stop to understand or analyze them. Habit is the number two master of one’s life; difficult to overcome. Deep rooted and hard-to-budge habits are major obstacles to internalizing new ideas.

Habitual thinking forms stereotypes and the older one gets, the more fixed one’s stereotypes are. Just as you are most unlikely to rearrange your home furniture from day to day, the mind’s reluctance to change is the same. But, little change in the external environment means there is little movement of the inner environment, therefore little space for new ideas. Even when one’s mind does absorb new ideas it does so through the old channels, therefore only those aspects that suits the old channels in the mind can be received. One prefers to eat, hear and do certain things and prefers to hang out with certain kinds of people. One’s inner environment is well set, much more so than one realizes; so all the appearances generated through such mental environment are accordingly well set.

The functions of the Mind include one’s thoughts and behavior and various perceptions. The perspective of one’s mind determines the location of observation, which in turn determines what one sees, hears and experiences.

Here at my lecture, what and how much you hear is exactly determined by the unique perspective within your mind. You cannot see more or less than what your mind is capable of perceiving through its filters. Therefore the important thing is not what you hear or see, it is to find out exactly where you are in the first place. Only if you know where you are, can real changes be made.

Years ago, this place was just an open space with no buildings or roads. Then gradually people moved in, built houses and roads. These roads now confine where people can travel; the preset ideas in one’s mind are just like these roads that limits the freedom of the mind. When change surpasses the limitation, one becomes flexible; when the limitation overpowers change, one becomes rigid.

Squeeze the presumption out from the sponge
Everyone has thoughts; as for the validity of one’s thoughts, different people have different opinions. Buddhists, Christians and Muslims all claim their own religion to be the truth; in family life, you, your spouse and even your children may all claim to have more validity in their points of view. This self-righteousness is a universal human trait in a relativistic world.

Outside of your mind there are roads; inside your minds there are also tracks. Can you produce a thought that is not within the confine of these mind tracks?

The answer is probably no, unless you were subjected to some intense shock or revelation; but such occasions are rare in life. The mind tracks sets up your reaction to the world; therefore the world itself has no issues. The real issue always rests with your mind’s tracks because they determine what kind of people, situation, and difficulties would appear in your life. This is how everything corresponds with you.

To learn new ideas through the filter of a rigid mind frame is as hard as to absorb nutrition with a body suffering from various blockages. We must first cleanse the body’s blockage and improve its condition before it can be nourished; similarly, know yourself first, see how you limit your own mind and how that can be released.

People live in their habits, as defined by the pattern of their thoughts, without ever reflecting on them. Here is a story about a husband and a wife. At every meal, no matter how hot the soup is, the husband finishes it with one long gulp. His wife asks him how he manages to do that. He said it’s a secret. One day the wife prepared a feast and warmly pressed him more about this, so he said, “Because my grandfather did it, my father did it, so I do it too – there must be a good reason for it so I also do it.”

This is his so-called secret. There are many secrets that people hold to their heart to make them feel the competent and capable. Once one learns and internalizes an idea, one is obliged to keep it and use it unless one has the ability to substitute it out. If one cannot replace the thoughts in his mind with new ones, it is impossible to make progress in spiritual cultivation because he cannot digest what has been learned. There must be first dissolution of ideas before something new can emerge – by dissolving our presumptions we acquire the mind capacity to receive and learn.

Many people’s convictions are fixed and difficult to change; under close inspection, they usually turn out to be echoing of other people’s ideas. Many people believe Buddhism talks about suffering so it is too pessimistic; but does these people’s optimism make a real impact? Self-hypnosis does not lead to change – instead one must have self-understanding, self-responsibility and self-cultivation in order to make progress. If we don’t clearly recognize our self, how can this deluded self acquire fresh understanding?

Sometimes, when one is in a tough situation, one’s family and friends all come forward with advice and ideas on the right thing to do. One might feel curious that if these advisers do not fare any better themselves in life, how effective their advice can be? If you follow their ideas, the best outcome is to end up like them; if you follow your own idea, then you are already where you are. If you can’t transform your own issues, then don’t give others suggestions – you really don’t know what you are saying.

Cultivation has definite steps, and you must first loosen up the rigidity inside the mind so that it can absorb new information. The Mind is like a sponge; when it is soaked with water, even if you immerse it in the ocean of knowledge, it won’t absorb much more.

If your thinking is not opened up, then new ideas cannot be received and utilized. Your current ideas not only take up space in your mind, but also reinforce and consolidate the current mind frame; thoughts get stronger as you continue to use them until they cannot be controlled.

Life’s problem is not whether you wish or not, it is determined by the thoughts that occupied your mind – they are always with you and make up the foundation of your life. The result of these habitual tendencies in the mind is the “sponge mind effect.”

Whether or not a new idea can materialize depends on whether it actually enters the mind. While some ideas may seem well understood, true understanding comes only when it becomes a reality in action – otherwise it is nothing other than mere belief. You can keep telling your son not to come home late because it is dangerous, but he may say “yes, I know…” and still come home at midnight.

Spiritual growth is a process of opening up the self instead of an external accumulation of knowledge. This is why after learning the same principle some people get more and more open-minded, while others get more and more rigid.

Buddha dharma is the teaching of wisdom; truth is still the truth regardless who says it; the question is how can one apply it. Therefore to know one’s self is more important than picking up new knowledge. Dissolve the inner structure of attachment so there is more room in your mind for growth.

– Quoted from the book of The Origin is Pure, written by Venerable Miao Tsan