Preview of “Zen Mind: ‘Horizontal View Is the Mountain Range, Side View Is Its Peak’” 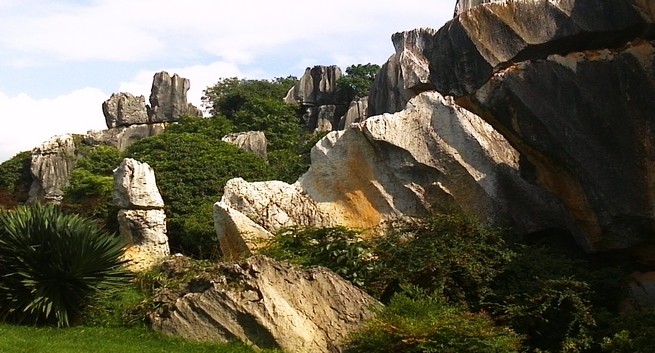 In Zen Buddhism we talk about sitting Zen, which is commonly called sitting or quiet sitting but also Zen sitting. None of the methods and ideas of sitting Zen deviates from the purpose of restraining all the phenomena created by the mind. Without the mind, there is no phenomenon. For every function arises from the mind, there is a corresponding phenomenon that is instantaneously experienced and felt. All forms are the expressions of the mind: Delusional mind function begets delusional phenomenon, pure mind functions begets pure phenomenon. Joy, anger, sadness, happiness and even nirvana work the same way.

Reality and Delusions Are Dependent on the State of the Observer:

‘Horizontal view is the mountain range, side view is its peak’

Wandering thoughts, delusional thoughts, mindless thoughts, emotions and feelings are all attachments and confused functions of the mind. Without the mind, there is no vexation, delusion, cycle of rebirth or anything else. Illusion comes from the mind, as does reality. All phenomena and things are produced by the mind. The mind can produce Buddha, and it can produce sentient beings. If Buddha and bodhisattva are considered real, the sentient beings in the six realms of the cycle of rebirth are illusions created through delusion and attachments. Without the mind, no form of existence, whether real or illusory, can be established. Only through the mind can there be the feelings and life of what we call a sentient being. Only through the mind can there be changes of thought and changes of phenomena, which make possible the cycle of rebirth.

Attachments, vexations and emotions are created by the mind. Awareness and ignorant thoughts are also created by the mind, and the conscious and subconscious levels are created by the mind. If you leave the mind, there will be neither reality nor illusion, because the mind is their substratum. The mind transcends reality and illusion, but reality and illusion cannot exist without the mind. If the mind has confusion, attachment, delusion or vexation, it is like a mirror covered with dust. When the mind is covered and confused, this condition results in illusion, distortion and vexation. It begets the cycle of life and death.

If the mind is pure–when it is free of ego, confusion or attachment–whatever it manifests is reality or, in other words, eternity, joy, the self and purity. Thus the cycle of rebirth ends. Like a mirror without dust, the reflected world is clear and undistorted. Because it is clear and undistorted, any attempt to correct distortion is unnecessary. The six realms and the cycle of rebirth exist because the mind is polluted. They are the result of the distorted functioning of the mind, and it cannot directly manifest according to the mind’s intrinsic principle. That is why we say the cycle of rebirth is a condition of life caused by distortion and misunderstanding.

If we do not understand the functioning principle of the mind, our reality will be distorted. Consequently, we must work to resolve these distortions. This work is necessary, because our lives are of our own making, and that is why there is life and death, or the cycle of rebirth. If the principle by which we abide does not conform to the mind’s intrinsic principle, it is like “forcing a square peg into a round hole,” as discussed by the founding Zen master. It is impossible to insert a square peg into a round hole. The six realms and the cycle of rebirth are conditions of life caused by the failure to understand the mind. They are caused by the mind’s confusion and attachment, and by ignorance in regard to the nature of things. We may say the purpose of the six realms and the cycle of rebirth is to learn, or that they are the wheel-turning and grasping caused by a lack of understanding and one’s attempts to seek reality outside the mind. When we lack clarity, we submit to the cyclical turning of life and death, in which there will be suffering.

Suffering is caused by the inability to calmly abide in the principle of the mind. It results from the inability to resolve the mind’s delusional and distorted functions. Even though the six realms and the cycle of rebirth are caused by the mind’s delusions and distortions, they are still creations of the mind. They are expressions of its confusion, and thus they cannot be separated from the mind. To experience liberation is to know one’s mind; to return to and calmly live according to the principles of the mind; to become enlightened to one’s mind essence; and to use one’s intrinsically pure mind to make real, unsullied and undistorted manifestations. Thus liberation is spiritual attainment, the departure from suffering and the attainment of happiness. It is the absence of life and death and the cycle of rebirth. It is nirvana, and it is life’s reality. If we want to reach this kind of goal, we must practice diligently….